In May of this year, four innovative modular rooms were installed at the maternity department of Espoo hospital. Equipped with technology that destroys contaminants, viruses and bacteria in the air and on frequently touched surfaces. 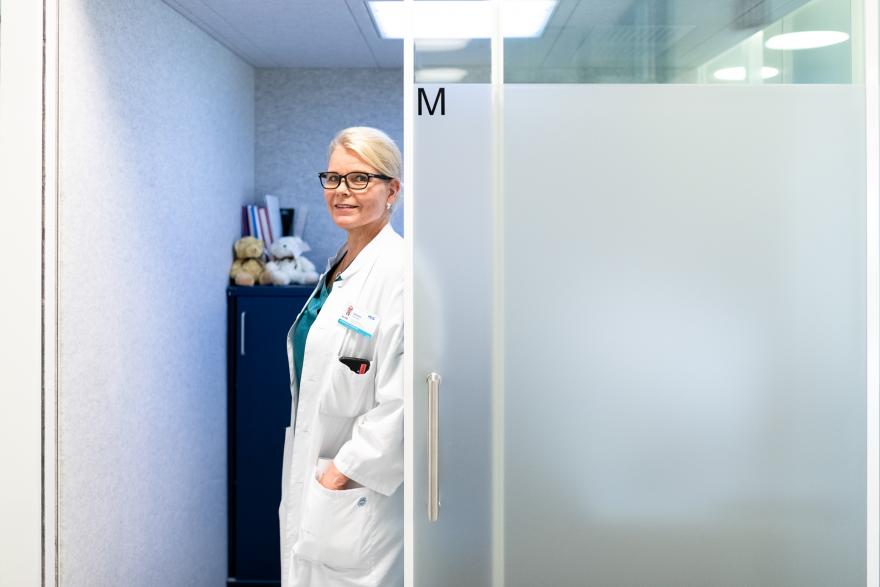 Leena Rahkonen says that the modular rooms were easy to install and customers have praised the privacy they provide.

At the beginning of March, M.D Leena Rahkonen asked staff at the maternity hospital about areas that are in need of development. Staff pointed out that there was a lack of facilities for observation and monitoring for labor inducement and other cases.

‘’Mothers may have had to wait in the hallway to have the catheter that was used to induce birth removed, if other observation areas were occupied and the journey home was too far.’’

Doctor Rahkonen began the search to solve the problem. She found the innovation that was developed by Vetrospace Ltd, from Finland, where modular rooms, that are easy to install, automatically clean the air inside the pod and disinfect surfaces of viruses, bacteria, and other harmful particles.

‘’The technology in the rooms destroy 99.9% of contaminants in the air and on surfaces, even corona virus is destroyed. I made sure of the rooms’ functionality, energy efficiency, and level of requirement. The decision was also made easy by the fact that installation did not require any changes to the property.’’ Two of the new modular rooms were placed at the maternity ward, one at the postnatal ward, and one is used for administration and office purposes. The rooms are perfect for short term observation and monitoring, if a fully fitted patient room is not necessary.

‘’Now we have the possibility to offer mothers more personal care, even during busy periods and the number of observation areas doubled’’ Dr. Rahkonen is happy to explain.

New Technology In the Background

The modular rooms integrate CME patented technology, that destroys harmful bacteria and viruses in the air and on surfaces. The rooms also purify the air of contaminants using HEPA filtration and positive air pressure.

‘’The light technology used in our CME system is not UV light, so it is completely safe for people and materials’’, says Vetrospace CEO Jouko Urpolahti.

The modular rooms installed at Espoo hospital and the first of their kind for HUS. The product was launched internationally in November 2019.

‘’At this moment in time, our rooms are installed at the Central Hospital in Jyväskylä city, Turku University Hospital, and many public spaces in the United States, United Kingdom, Belgium and France. We believe that the demand for our self-disinfecting modular rooms in hospitals will continue to grow’’, says Urpolahti.

The modular rooms were installed at the hospital in May. According to Dr. Rahkonen, the experience of using the rooms after just a few months is good.

‘’Customers feel that the modular rooms are functional, bright, and quiet. We have heard exceptional praise for the privacy they afford’’.

Births as Espoo will transfer to the extension building at Jorvi hospital in 2026, according to plans. The modular rooms have provided an exceptional solution to immediate space demands. ‘’The problem was solved flexibly and cost efficiently. Installation did not interfere with other activities taking pace at the hospital’’, say Dr. Rahkonen.

Translated from the original article.

Verso Capital invests in Vetrospace, a pioneer in designing virusfree workspaces for offices and healthcare facilities